Structure-based virtual ligand screening is emerging as a key paradigm for early drug discovery owing to the availability of high-resolution target structures and ultra-large libraries of virtual compounds. In a recent study, NIDA-funded scientists have introduced a conceptually new approach, called V-SYNTHES, that enables computational screening of billions of compounds to identify novel ligands to keep pace with the explosive growth of screening libraries. The method utilizes a hierarchical combinatorial approach that first identifies the best synthon-scaffold combinations as seeds suitable for further growth, and then iteratively elaborates these seeds to select complete molecules with the best docking scores. This method allows rapid detection of the best-scoring compounds in the Giga-scale chemical space while performing docking of only a small fraction (<0.1%) of the library compounds. In this study, the investigators applied the V-SYNTHES approach to screen REAL Space library of more than 11 billion compounds to identify new ligands of the cannabinoid receptors CB1 and CB2.  Compared with the standard virtual screening, the V-SYNTHES methods demonstrated dramatically improved hit rate. Follow-up synthesis and evaluations led to the identification of several compounds with sub-micromolar potencies including one ligand with CB2 binding Ki of 0.9 nM that displayed 35 to 65-fold CB2/CB1 functional selectivity as an antagonist.

Antibodies are powerful tools to explore signal transduction pathways. In a recent effort, NIDA-funded researchers have developed an integrated approach that combines a strategy of antibody development, a time- and cost-effective method of antibody validation, and a high-throughput microscopy/machine learning pipeline to identify antibodies. Using yeast display antibody libraries from the B cells of immunized rabbits and high-throughput functional screening they identified and validated 137 recombinant high affinity antibodies against understudied synaptic proteins. These antibodies could serve as potential tools to shed light on signaling in the central nervous system.

Using a subset of antibodies targeting the opioid receptors they examined the effect of morphine and fentanyl on mu opioid receptor phosphorylation and signaling. Their studies revealed differences in the rate, extent, and site of opioid receptor phosphorylation induced by morphine and fentanyl, thus highlighting the complexity of opioid signaling and illuminating ligand-dependant differential activation and desensitization of mu opioid receptors. These molecular differences may be relevant to the acceleration in opioid overdose deaths that have been attributed to increased use of fentanyl.

Hallucinogens like lysergic acid diethylamide (LSD), psilocybin, and substituted N-benzyl phenylalkylamines are widely used for recreational purposes. In addition to their recreational use, substances such as psilocybin are being considered as therapeutics for many neuropsychiatric disorders including depression, anxiety, and substance abuse. Although the precise mechanisms of action of hallucinogens remain unclear, agonist activity at the 5-HT2A serotonin (5-hydroxytryptamine [5-HT]) receptor is known to play an essential role in their psychedelic effects in humans.

In a landmark study, NIDA-funded scientists have solved active state structure of a prototypical hallucinogen 25-CN-NBOH bound to 5-HT2A receptor in complex with an engineered αq heterotrimer by cryoelectron microscopy (cryo-EM). They also obtained X-ray crystal structures of the arrestin-biased agonist LSD and the inverse agonist methiothepin bound to 5-HT2A receptor. These structures provide insights into the molecular details of both ligand recognition and coupling to the intracellular effectors that are key to gaining a molecular understanding of hallucinogen actions. Moreover, these studies provide a framework for a structure-guided search to identify more selective and efficacious HT2A receptor agonists as potential therapeutic agents for neuropsychiatric disorders.

The Chemistry and Pharmacology Branch (CP) supports research on all aspects of chemistry and pharmacology affected by addictive drugs. The CP Branch maintains, develops, and oversees a portfolio encompassing research, such as:

This branch supports research programs on 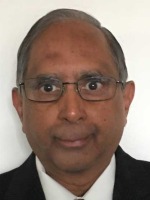 Subramaniam Ananthan, Ph.D. - Chief
(301) 435-2199
Dr. Subramaniam (Sam) Ananthan provides leadership, direction, and programmatic oversight to the Chemistry and Pharmacology Branch which manages a diverse portfolio of grants focusing on basic neurochemical mechanisms, signaling pathways, development of pharmacological tools and methods, and identification of druggable targets for addressing addiction and substance use disorders. Prior to joining NIDA, he served as the Principal Investigator on NIDA-funded medicinal chemistry research involving drug design, organic synthesis, and preclinical drug development at Southern Research Institute. He is a co-author on over 90 peer-reviewed publications, co-inventor on 21 U.S. patents, and has been inducted as a Fellow of National Academy of Inventors (NAI). He joined the Division of Neuroscience and Behavior in July 2020. He serves as a member of the trans-NIH working group for the common fund program Illuminating the Druggable Genome (IDG). 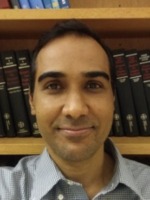 Kiran Vemuri, Ph.D. - Program Officer
(301) 435-4446
Dr. Vemuri has a background in organic chemistry and translational science and manages a diverse portfolio that emphasizes the chemistry and biology of addiction and overdose. He also serves as the NIDA representative for the CounterACT Program, a component under the NIH-wide Chemical Countermeasures Research Program and is a member of the Trans-NIH Common Fund Glycoscience Program and Cannabis Science Interest Group. His research interests include multi-step synthesis, route selection and optimization, in vitro and in vivo pharmacology, and the pre-clinical assessment of small-molecules and biologics. Prior to joining NIDA in 2020 as a program officer, he spent sixteen years as an academic researcher while focusing and publishing on the endocannabinoid system. Notably, Dr. Vemuri’s research on pseudo-irreversible ligands led to determining the crystal structures of both the human CB1 and CB2 cannabinoid receptors.

Paul S. Hillery, Ph.D. - Project Officer
(301) 435-1306
Supports research in organic & medicinal chemistry, structural biology.
Paul Hillery has a background in organic and medicinal chemistry, based on NIH intramural research and experience in reviewing drug manufacturing and controls in investigational and new drug applications for the Food and Drug Administration. He currently serves as a project officer for assigned NIDA grants pertaining to opioid, cannabinoid, and nicotinic research topics, involving various GPCRs, channels, and transporters, and the related mechanism of action of small molecules, peptides, and proteins involved in substance use disorders.