Drugs, Brains, and Behavior: The Science of Addiction
Drug Misuse and Addiction

What is drug addiction?

Addiction is defined as a chronic, relapsing disorder characterized by compulsive drug seeking and use despite adverse consequences.† It is considered a brain disorder, because it involves functional changes to brain circuits involved in reward, stress, and self-control. Those changes may last a long time after a person has stopped taking drugs.11

Addiction is a lot like other diseases, such as heart disease. Both disrupt the normal, healthy functioning of an organ in the body, both have serious harmful effects, and both are, in many cases, preventable and treatable. If left untreated, they can last a lifetime and may lead to death.

Why do people take drugs?

In general, people take drugs for a few reasons: 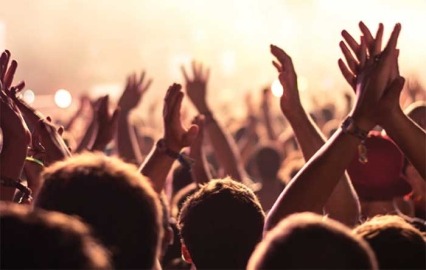 When they first use a drug, people may perceive what seem to be positive effects. They also may believe they can control their use. But drugs can quickly take over a person's life. Over time, if drug use continues, other pleasurable activities become less pleasurable, and the person has to take the drug just to feel “normal.” They have a hard time controlling their need to take drugs even though it causes many problems for themselves and their loved ones. Some people may start to feel the need to take more of a drug or take it more often, even in the early stages of their drug use. These are the signs of an addiction.

Even relatively moderate drug use poses dangers. Consider how a social drinker can become intoxicated, get behind the wheel of a car, and quickly turn a pleasurable activity into a tragedy that affects many lives. Occasional drug use, such as misusing an opioid to get high, can have similarly disastrous effects, including impaired driving and overdose.

The initial decision to take drugs is typically voluntary. But with continued use, a person's ability to exert self-control can become seriously impaired. This impairment in self-control is the hallmark of addiction.

Brain imaging studies of people with addiction show physical changes in areas of the brain that are critical to judgment, decision-making, learning and memory, and behavior control.12 These changes help explain the compulsive nature of addiction.

No single factor determines whether a person will become addicted to drugs.

Why do some people become addicted to drugs, while others do not?

As with other diseases and disorders, the likelihood of developing an addiction differs from person to person, and no single factor determines whether a person will become addicted to drugs. In general, the more risk factors a person has, the greater the chance that taking drugs will lead to drug use and addiction. Protective factors, on the other hand, reduce a person's risk. Risk and protective factors may be either environmental or biological.

Children's earliest interactions within the family are crucial to their healthy development and risk for drug use.

What environmental factors increase the risk of addiction?

Environmental factors are those related to the family, school, and neighborhood. Factors that can increase a person's risk include the following:

What other factors increase the risk of addiction?

The brain continues to develop into adulthood and undergoes dramatic changes during adolescence.

One of the brain areas still maturing during adolescence is the prefrontal cortex—the part of the brain that allows people to assess situations, make sound decisions, and keep emotions and desires under control. The fact that this critical part of a teen’s brain is still a work in progress puts them at increased risk for trying drugs or continuing to take them. Introducing drugs during this period of development may cause brain changes that have profound and long-lasting consequences.

† The term addiction as used in this booklet is equivalent to a severe substance use disorder as defined by the Diagnostic and Statistical Manual of Mental Disorders, Fifth Edition (DSM-5, 2013).