Drugs, Brains, and Behavior: The Science of Addiction
Preventing Drug Misuse and Addiction: The Best Strategy

Why is adolescence a critical time for preventing drug addiction?

As noted previously, early use of drugs increases a person's chances of becoming addicted. Remember, drugs change the brain—and this can lead to addiction and other serious problems. So, preventing early use of drugs or alcohol may go a long way in reducing these risks.

Risk of drug use increases greatly during times of transition. For an adult, a divorce or loss of a job may increase the risk of drug use. For a teenager, risky times include moving, family divorce, or changing schools.35 When children advance from elementary through middle school, they face new and challenging social, family, and academic situations. Often during this period, children are exposed to substances such as cigarettes and alcohol for the first time. When they enter high school, teens may encounter greater availability of drugs, drug use by older teens, and social activities where drugs are used. When individuals leave high school and live more independently, either in college or as an employed adult, they may find themselves exposed to drug use while separated from the protective structure provided by family and school.

A certain amount of risk-taking is a normal part of adolescent development. The desire to try new things and become more independent is healthy, but it may also increase teens’ tendencies to experiment with drugs. The parts of the brain that control judgment and decision-making do not fully develop until people are in their early or mid-20s. This limits a teen’s ability to accurately assess the risks of drug experimentation and makes young people more vulnerable to peer pressure.36

Because the brain is still developing, using drugs at this age has more potential to disrupt brain function in areas critical to motivation, memory, learning, judgment, and behavior control.12 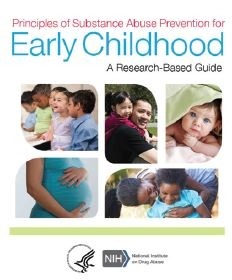 Yes. The term research-based or evidence-based means that these programs have been designed based on current scientific evidence, thoroughly tested, and shown to produce positive results. Scientists have developed a broad range of programs that positively alter the balance between risk and protective factors for drug use in families, schools, and communities. Studies have shown that research-based programs, such as described in NIDA’s Principles of Substance Abuse Prevention for Early Childhood: A Research-Based Guide and Preventing Drug Use among Children and Adolescents: A Research-Based Guide for Parents, Educators, and Community Leaders, can significantly reduce early use of tobacco, alcohol, and other drugs.37 Also, while many social and cultural factors affect drug use trends, when young people perceive drug use as harmful, they often reduce their level of use.38

How do research-based prevention programs work?

National drug use surveys indicate some children are using drugs by age 12 or 13. Prevention is the best strategy.

These prevention programs work to boost protective factors and eliminate or reduce risk factors for drug use. The programs are designed for various ages and can be used in individual or group settings, such as the school and home. There are three types of programs:

Using cutting-edge imaging technology, scientists from the NIDA’s Adolescent Brain Cognitive Development (ABCD) Study will look at how childhood experiences, including use of any drugs, interact with each other and with a child’s changing biology to affect brain development and social, behavioral, academic, health, and other outcomes. As the only study of its kind, the ABCD study will yield critical insights into the foundational aspects of adolescence that shape a person’s future.

Evidence-based interventions for substance use can save society money in medical costs and help individuals remain productive members of society. Such programs can return anywhere from very little to $65 per every dollar invested in prevention.39